Christopher W.T. Daly runs our Savannah oﬃce with a strong commitment to excellence. Mr. Daly has been successfully handling workers’ compensation cases for 28 years and has tried or settled over 2000 cases.

Mr. Daly is rated “AV” (Best Rating) by Martindale Hubbell for 15 years straight. Mr. Daly is also the only claimants’ lawyer in Savannah to be honored by Best Lawyers for his work representing injured workers as reported in Savannah Magazine, the Atlanta Journal Constitution, the Wall Street Journal, and the New York Times.

Christopher W.T. Daly was recently honored by Best Lawyers as their 2022 Georgia Lawyer of the Year for his dedication of over 20 years to ﬁghting for worker rights and fair compensation for work-related injuries. Mr. Daly regularly lectures to attorneys state-wide about workers’ compensation

Make an appointment with Chris Daly 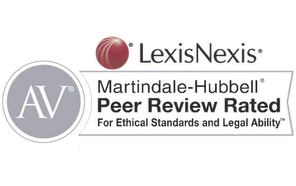 Mr. Daly will go through your claim to make sure everything is in place, so you have peace of mind while you recover.

Please complete the form and we’ll be in touch as soon as possible.