Client contacted our office for assistance with tax liens on her properties that may be expired. Client had tax liens on her properties for payroll and local tax debts owed from 1998-2003. Our attorney reviewed the documents provided by Client and researched the new Georgia tax laws. The attorney discovered that the old liens were removed in 2018, and the Georgia Department of Revenue failed to re-file the liens when they expired. The attorney drafted a sample letter for client to send to request that the liens be released. With the attorney’s advice and guidance, Client was able to get the liens released. Savings for Client, $349,000.00.Client contacted our office for assistance regarding a new car that he had recently purchased from a dealership. Approximately twenty minutes into his drive home, he heard a popping noise, smelled smoke and pulled over. His vehicle was soon engulfed in fire and completely destroyed. The fire department determined that the fire was focused in the engine and passenger compartments. Client reached out to the dealership on his own and they would not take responsibility. He was told to follow the Lemon Law process and after several months filed a claim. Our attorney wrote a demand letter to the manufacturer for the reimbursement of Client’s down payment, personal items and other expenses resulting from the loss. The letter also stated that the client was pursuing repurchase of the vehicle under a separate Lemon Law claim. In response to our letter, the manufacturer initially offered to pay off the loan and refund the down payment. Our attorney wrote a follow-up demand letter addressing the Lemon Law claim, the collateral charges and incidental costs as a compromise settlement. In response to our letter, the company agreed to the settlement offer and reimbursed Client. Recovery for Client, $32,115.67.Client contacted our office for assistance regarding an issue she was having with an unpaid loan. Client loaned money to a friend to help her get caught up on property taxes. Client’s friend failed to repay the loan and Client filed a lawsuit in Magistrate Court and was awarded the full judgment. Client was seeking advice on how to file a continuing garnishment and properly serve the parties. Our attorney discussed the issue with Client, and after the opposing party’s employer failed to respond to the garnishment, our attorney then advised Client how to file a default judgment against the company. Client was awarded the full judgment against the company. Our attorney then wrote a demand letter to the company for the full amount of the judgment. In response to our letter, Client received payment of the full judgment. Recovery for Client, $14,000.00.

Do You Have A Georgia Tax Lien?
By Josie Harris-Walton, Esq., LL.M., Taxation 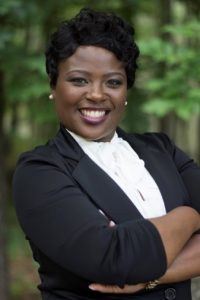 The third change was that the DOR executions of lien have a ten (10) year duration and cannot be renewed. Before HB-661, the DOR could renew a tax execution infinitely, but now the tax execution must be released after 10 years.

Please call our office if you would like more information on the release of an improper tax execution filed by the Georgia Department of Revenue.